Server clustering is a topic I've been cirous about for a rather long time, from back in the Slashdot days where one would constantly "imagine a beowulf cluster of" any given low-powered device. With modern clustering software, such thoughts become practical reality. And with some cardboard, everything goes together nicely. 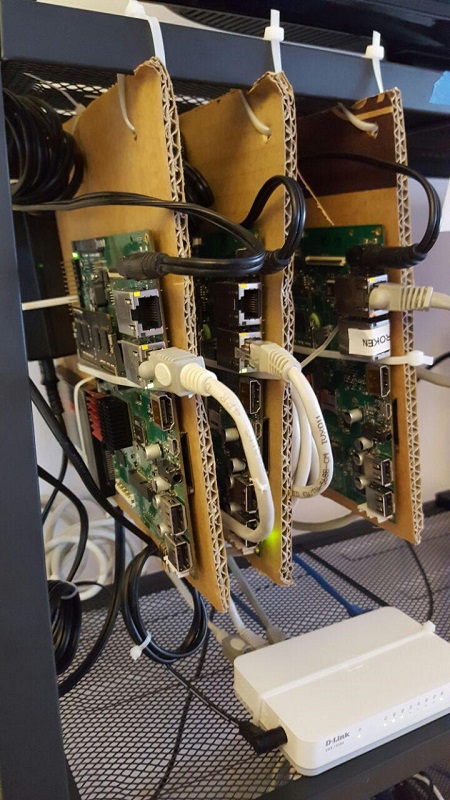 To start with, I cut up some shipping boxes, laid the mainboard on top, and made some marks with a pen. Then I used a drill to make the holes. Overkill, but it works. Here's what it looked like after drilling: 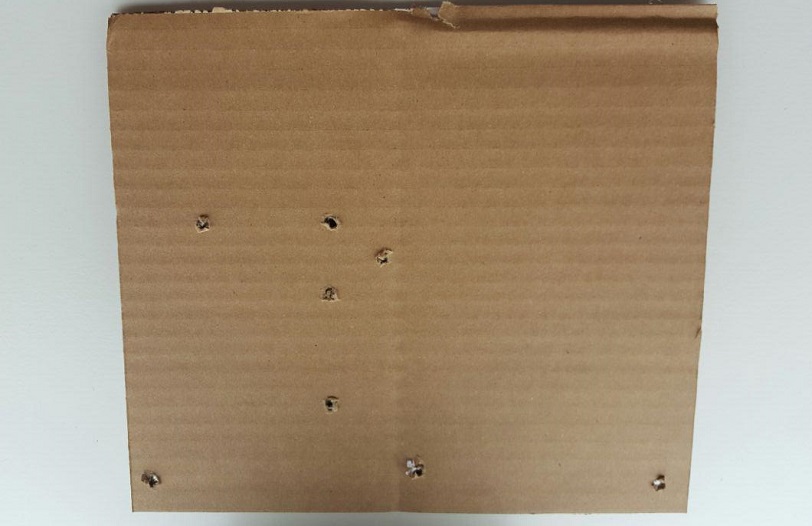 After that, it was time to zip-tie everything down. Everyone loves a zip tie. The nice feature of cardboard is that the ties bite in and hold securely. All of the ties we had were too big to go through the mounting holes, so everything was simply secured to the cardboard itself. As a bonus, SATA disks could be mounted securely. 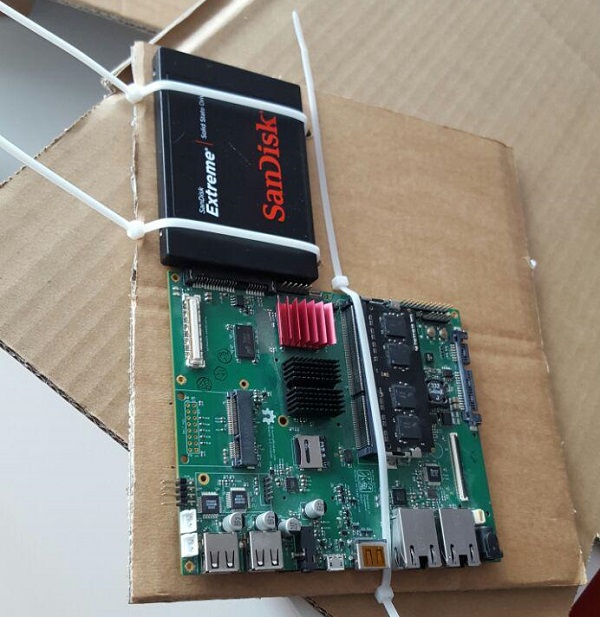 The cardboard was strong enough to allow me to mount the power supply, giving it a good amount of heft. The IEC connector goes over the SATA disk, which keeps everything secure. I tied down the cable bundle, in order to keep it from swinging around. Overall, the result was a very secure setup. 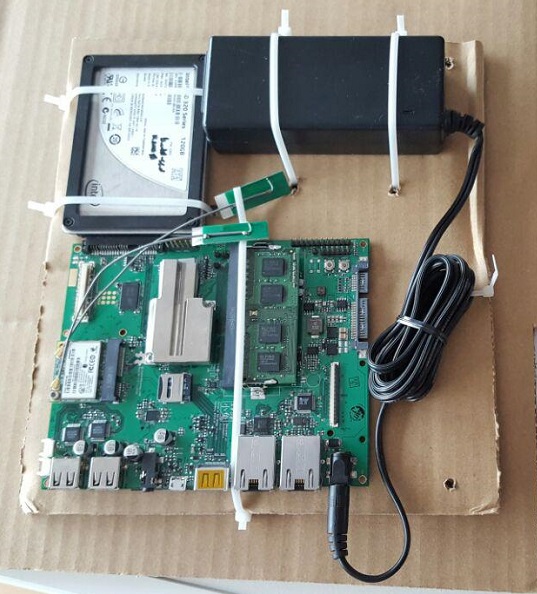 Now the configuration has come down to a software problem. Now that the hardware is set up, what do I run on it? Software is much easier to fiddle with than hardware, and this is a fine use for hardware that would otherwise have gone unused in the Kosagi office.

Enter your email
Subscribe
The "filesystem" on xous is called PDDB – short for the Plausibly Deniable Data Base. This is a dict-key-value store with built-in overlay support. We've just released experimental support for File and Path support for Xous! This requires a recent libstd (version 1.62.0.2 or later), as well as
A fundamental feature of modern computing is the ability to run programs. In many embedded systems, the list of processes is fixed at startup. In other systems, including mobile phones and desktop computers, new processes can be spawned on a running system. Until now, Xous has been unable to create
The main Betrusted SoC CPU gets a lot of interest, but it's the EC CPU that's responsible for networking. This discusses the software and stack of the Betrusted EC, how it's wired up, and why it was designed that way.